General Strike and the role of IT & ITES employees

General Strike and the role of IT & ITES employees 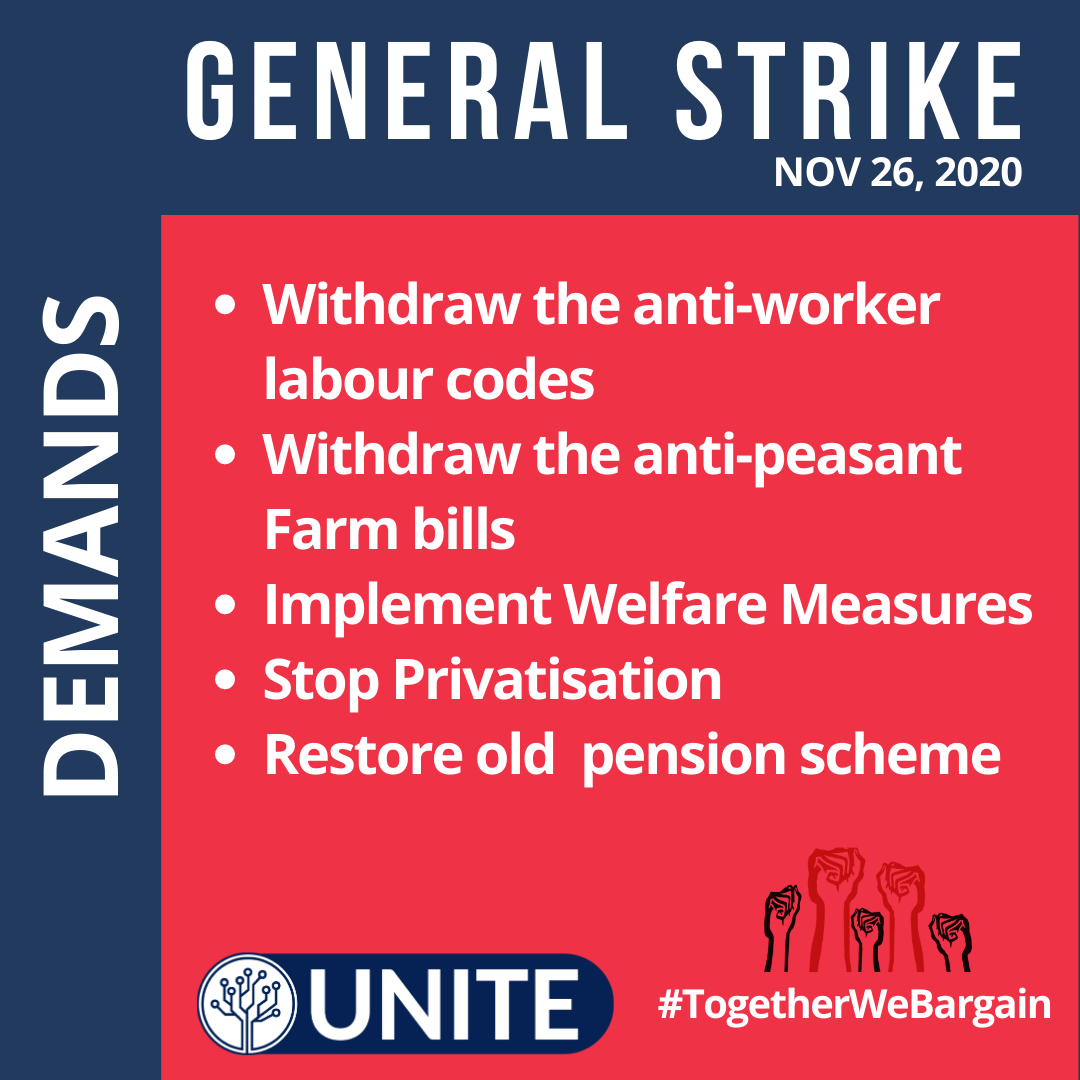 Office Bearers of Union of IT and ITES employees salute the IT & ITES employees for taking part in the historical General Strike, by extending solidarity through social media platforms. Reports from Central Trade Unions claim over 25 crore workers, agricultural workers and other sections of toiling people who produce the wealth of the country struck work today. The General Strike was against the anti-labour, anti-farmer, anti-people legislations enacted by the Union Government lead by BJP and demanding various welfare measures for People. They were joined by millions of peasants in the massive protest actions across the country including in remote rural areas.

To play our part, we had planned to have online as well as offline actions against these legislation. Due to Nivar, cyclone, offline actions were dropped. To maximize our reach, we have conducted multiple online meetings explaining the regressive nature of the four labour codes and the need to oppose against it vehemently.

As we repeat in our sessions and meetings, these codes destroy the rights won through various workers struggles and pushing us into a path of modern slavery. Allowing these codes will degrade the employment quality, destabilize employees economic stability and in-turn affects the economy of our country.

Single protest or registering dissent one time wont be enough to tame the authoritarian and a corporate loyal government. Each one of us who understand the problem these codes brought upon on has the responsibility to educate self and others. Only the knowledge can help the fellow employees who are unware and ignorant of these developments to brace themselves, be prepared and agitate against these injustices. Demanding the authoritarian government with majority strength in Parliament to repeal legislations they brought in is not a simple task. It needs more than a few, it needs the organized employees to put a consistent fight till we win.

Till then, lets all educate, agitate and organize fellow employees.